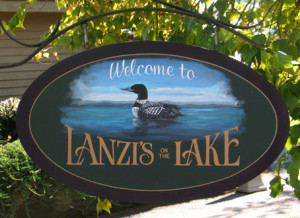 June 13th surprised everyone when it dawned clear and sunny. The rain had passed the night before and seven colorful TBirds arrived at the starting point for the run to one of the Club’s favorite eating places. Frank and Jean Hardick in their sleek Gunmetal Grey ’57, Al and Gloria Ciejka in their dazzling Goldenglow Yellow ’56, Jeff and Barbara Emptage in their blazing Flame Red ’57, Bill and Karen York in their mysterious Raven Black ’55, Bob Bailey and Nancy Oldow in their heavenly Starmist Blue ’57, Lad and Linda McKenzie in their glowing Flame Red ’57, and Bob and I in our dandy Peacock Blue ’56 gathered to begin the 26 questioned ride to Lanzi’s. Kathleen Gibson and Tom Willetts joined the group in their civilian car ‘cause their firey Flame Red ’57 was in for repairs. 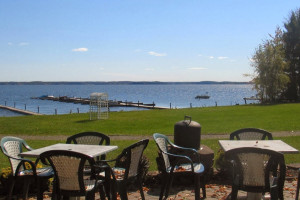 Alas, all cars did not make the trip that day. As Bill and Karen arrived, there was green liquid coming from under their car and white steam coming from under the hood! After it cooled a bit, enough antifreeze and water were added to make it to Gil’s Garage where Kathy and Tom picked them up and they joined the rallye. While waiting for them in a school parking lot, we received a text from Darcy and John Knapp who were delayed in traffic. A decision was made to wait for them on Lake Hill Rd. When they caught up we were off for real with John and Darcy’s joyous Fiesta Red ’56 adding to the rainbow of Birds. Through the towns and backroads they wound, searching for answers to the clues. A stop was made at Water Wheel World for old fashioned drinks like cream soda, imported and local cheeses and other comestibles. On the road again and the hunt continued around the Great Sacandaga Lake. We found ourselves finally at Lanzi’s- On-The-Lake for liquid refreshments and good food. The rallye entrant’s papers were graded and prizes awarded :

Last Place – Jeff and Barbara (only 7 wrong, not bad)

It was a great turnout and a perfect day for T-Bird touring!

P.S. Hope Kathy and Tom’s & Bill and Karen’s Birds will be back in action soon. 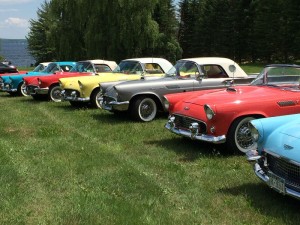 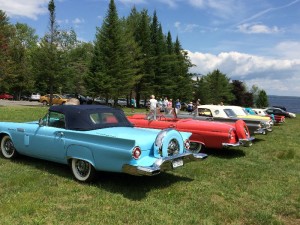 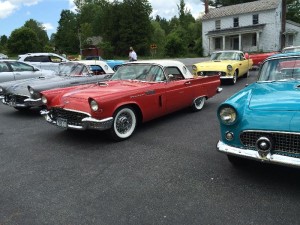 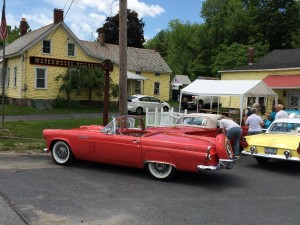 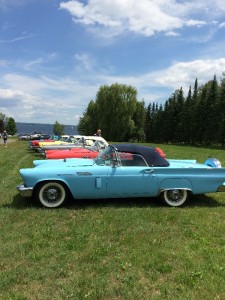 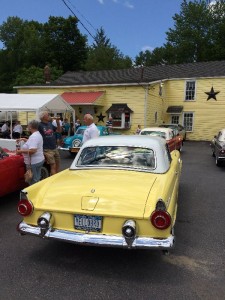