On July 18, 2015 The New York Early Bird Club joined with the Upstate NY Thunderbird Club for a display of our cars in Saratoga at the Auto Museum. We were led by our President, Lad McKenzie and his wife Linda. Attendees were Jeff Emptage, President Emeritus, Kathy Gibson, Vice President and Tom Willetts, Bob Pollack, Treasurer and his wife Mary Anne, Dave and Nancy Uber, Al and Gloria Ciejka, Jay and Nancy Pollard, Bob Mac Farland, and Frank Hardick. Bob Mac Farland’s brother, Gary came to visit driving his vintage Mustang. 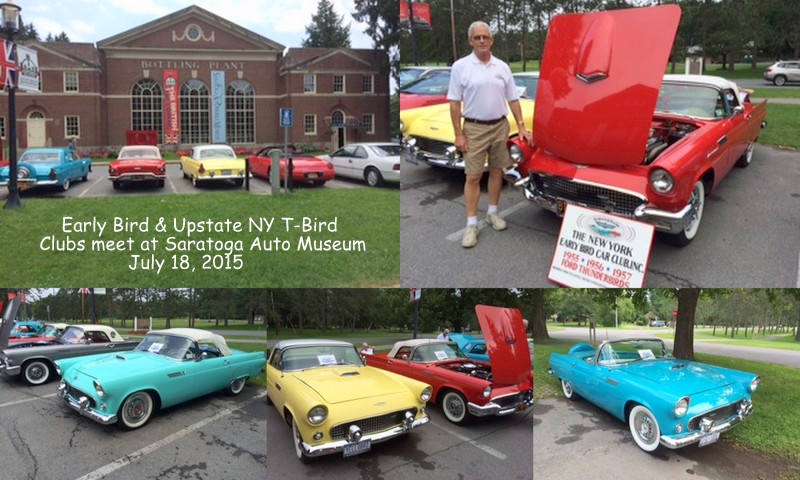 We were a positive group, willing away the threats of rain and storm (it worked!). When we arrived, the museum’s prior event was just heading out for a run so it took a while to get our cars aligned for the show. In the meantime we were treated to coffee and pastries by the museum. What a picture the Birds made, all blues and reds with a splash of yellow and a gleaming grey. In addition to their little Bird, Dave and Nancy brought their black and silver Neiman Marcus 2002. It was a pleasant day, chatting with Rich Haggerty, President of the Upstate club and their club members. Some of us also toured the museum. 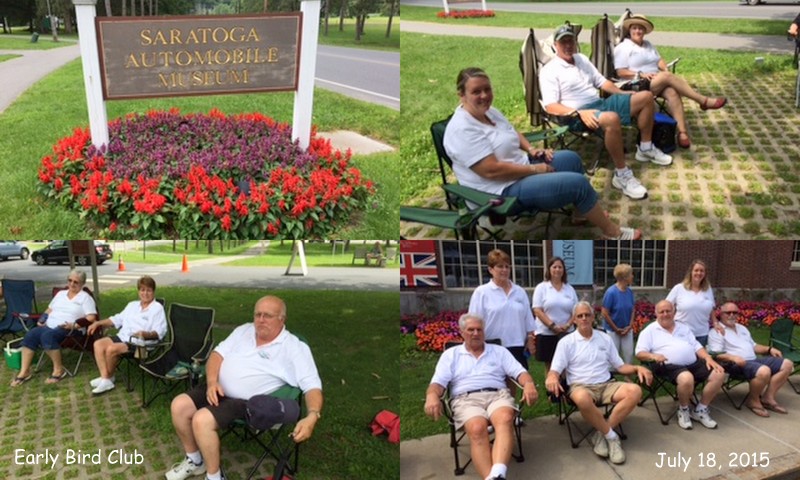 When the clouds broke and the sun appeared, we headed for the shade. At one point thirst drove Linda to check their cooler for a soft drink. Alas, none was found! Jeff to the rescue with a cold coke, a fact that he won’t let Lad forget. Our display drew admiration from many spectators, both visiting the museum and the Park. Before we were to leave, Bob Pollack’s son-in-law and grandson came to see the cars. Soon it was time to pack up and head out. Most aimed for home but six hungry TBirders headed down route 9 to Bentley’s Pub for late lunch, early supper. Many thanks to Lad and Rich for arranging this fun event. Both clubs expressed the hope that we could partner again to enjoy our beautiful Birds.